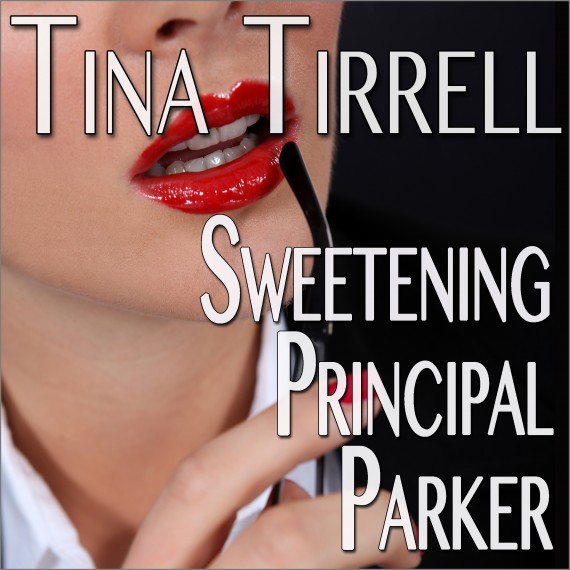 His first trip to the principal’s office is one he’ll never forget—and one he’ll jump at the chance to repeat.

Clive is having a horrible day. Caught “blue-handed” with two little blue tablets in his sweaty palm just before he manages to slip them to his evil classmate and arch enemy Susie Jibbly, Clive is shoved off to the principal’s office from where, rumor has it, no student ever returns.

Principal Parker is the scariest kind of woman of all: old, gray-haired, conservative, and in a position of power it’s obvious she’s inclined to misuse. Clive is prepared for her decision on his ruthless punishment; but when the principal is called out of her office for just a moment, Clive is left alone and realizes his one opportunity to affect the outcome of his dreaded visit to the principal’s office. Principal Parker presumed he was caught trying to pass candy to his classmate, but the truth is far worse.

The unassuming little blue pills Clive stole from his father’s lab have a chemical effect Clive isn’t even aware of, but they drop and dissolve into the principal’s coffee mug quite nicely. When Principal Parker returns, Clive watches her sip at her coffee and gradually, completely unexpectedly begin to change with every gulp. It’s sweet—she can’t resist it—and soon, she can’t resist enjoying her newly pert and youthful body and all the urges that come with it. Principal Parker’s personality devolves as she transforms into a sexy, girlish plaything treating her student to a private display of her new body… as well as a taste, an intimate demonstration of all the fun it’s capable of, and a twice-repeated lesson in what it means to become a man.

(Original story written by my little sister, Tina Tirrell, and the ebook version is FREE on Amazon.com!)

Your thoughts on “Sweetening Principal Parker”

Volume 1 of Tina Tirrell’s Bimbofication series. We meet young Clive, not yet the world-weary cocksman he would become in later entries, sitting scared in the principal’s office. Caught trying to pass “candy” to a tormenting brat, he must face punishment from an old crone. Well, one pill makes you larger, one pill makes you small, and the ones that Clive slips in your coffee turns you into age-regressed nymphomaniac … Go Ask Mrs. Parker.

I’m always surprised by Ms. Tirrell’s versatility. The beginning of her story, including the very prose style, has a once-upon-a-time feel, like a fairy-tale: the put-upon innocent, the scary grandmother-figure, and, of course, magic that causes transformation. If this sounds familiar, it is: Ms. Tirrell’s story is a direct descendant of Perrault’s “Cinderella”. As literary critic Harold Bloom has pointed out, writers, whether consciously or not, cannot escape the influence of the centuries that came before.

I love your narration for this! I picked up the e-book through Amazon after reading ‘Sweetening the Substitute’ and you helped fill in the voice of Principal Parker that I couldn’t quite get right in my head. You made Principal Parker way more fun than I could ever imagine. I could hear your gradual tone shifts from the stern, old witch to the playful, young sexpot with each sip of the mug. You also do a fantastic job of reading what is going on in Clive’s head and what’s happening to him. You set the right amount of sexual ambiance for the situation to keep me on fire with desire, but then you also fit in these moments of innocent curiosity that are sweet and kind of taboo, which I always love. My favorite note, however, has to be your scream of pleasure in the part of Principal Parker. ;)

Of course, amazing narration also requires amazing writing, and your sister delivered. I love how in this and all of the ‘Sweetening’ series she never uses the common adult language to describe the events, choosing instead to use words like “good feelings” and “white, creamy stuff”. This keeps me in Clive’s state of mind to show me a side of the teacher fantasy I hadn’t considered as an adult.

This series is on it’s fifth installment, and I hope, Tina, that you will have many more to come. Also, Tara, if I know that you are narrating on this series, then I will definitely pickup the audiobook too.

Oops, I apologize 😳, I meant to say that this series is on its fourth installment. I guess I was getting so carried away that I was imagining the fifth book before you’ve even gotten to writing it.

I really enjoy reading Tina’s books. It’s a lot of fun and a lot less exhausting than filming! :)